[Update 2] Smear Campaign Against Me By PS3HaX 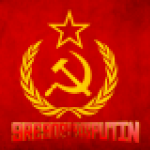 Well it seems the old site that i used to run, moderate and write news for is orchestrating a smear campaign against me, why ?
To undermine all and any work i have done, to discredit me.
This is possibly a dedicated plan laid down by hellsing9, who basically spoke me into stepping down, so this plan of events could happen, i have no proof of this though, but the reason im stating this, is because he promised not once, byt several times that he would step down if i did, yet he got himself a nice promotion

Now i don’t give a fuck about being banned nor do i care that i’m no longer part of the forum, why should i care ?
The admin wont fix shit, he rarely posts, he NEVER makes him friendly with his members, the members that give him a nice fat pay check.

I am just posting this to set the record straight.

Now you are probably wondering what i’m talking about:

“He would ban people so they couldn’t properly defend themselves.”

“He would change their thread titles and posts just because he could.”

“He accused people of being gay and child molesters, called members all kinds of names, deleted posts, edited signatures, changed custom titles and generally dragged memeber’s names through the mud as often as he could because he’s a troll.”

“He posted people’s private info, made memes about them, launched twitter smear campaigns, all the while hiding behind his persona.”

“He single handedly chased away numerous devs from the site.”

“There is no way this site could have progressed any further than it did with him around and I’m glad he’s gone. He gave a lot to the site, but was equally detrimental to it’s growth.”

Bobbybangin i will give him credit, he now holds the ePeen award for banning GregoryRasputin from PS3HaX, something which no one else, not even the owner managed to do, enjoy your ePeen award.

Ask yourself why, BobbyBlunt, TheLostDeathKnight(TLDK), pbanj and Pockets69 have all left PS3HaX, it definately wasn’t because of me, i fell out with pbanj and TLDK because they left, but all those i have mentioned left because of PS3HaX’s admin’s lack of work on the site, for instance the spam bot problem, Pirate refused to fix the spam bot problem, because it helped him grow the member base, these is only one if the reason they left.

Now if these smear campaigns continue, if these personal attacks continue,  i will be forced to reveal some of the inner workings of PS3HaX.

I humbly request that any developer, who is on that PS3HaX, move to another site, PSX-Scene for example, where you will be appreciated, where you will be respected and awarded for your work and accomplishments and if you don’t want to go to PSX-Scene, i will give you editor position on PlayStationHaX so that you can self publish your own applications and homebrew.

UPDATE
lol yet more lies by Bobbybangin, all whilst being banned and unable to defend myself on the forum, i must admit the coward in his is strong:

Yes, everybody is entitled to their opinion. For one, he just started off with some “time off”. He made three separate posts slandering members and staff, myself amongst them, that were reported, BEFORE any action was taken.

Slander insinuate lies were told, which is not what happened at all, Bobbybangin was upset i called him out on wanting Annelies back as a moderator, there is nothing i said about Annelies that was untrue.

I personally banned him for calling me a “child murdering fagg*t” among several other insults that he hurled.

This is 100% untrue, i never called him a child murdering faggot, not once, what i did say, was that he loved the people who murdered children, ie, the Israeli’s, after all the context of the thread was the evil destruction of Palestine by the terrorist nation Israel, you can see the post here:

Then he came back harassing people,

Yet more lies, i didn’t harass anyone, apart from Bobbybangin, i did not harass or attack anyone else.

More lies yet again, i did not post any private info, Bobbybangin uses his name on his public twitter account, i joined the forum with that name to respond to the bullshit he was spouting.

He then went on a twitter attack barrage posting lies, slander, memes, insulting my wife, etc.

No, i did not post lies or make any slander, nor did i do any meme’s insulting his wife, i would love to see proof of these wild acusations.

I first joined here, after seeing the way he treated people and thinking to myself, “Holy sh!t, if that dude ever talks to me like that, I’m going to be one banned m’fer”, but he never did, until he took out his frustrations on me.

lol funny, because i pulled him several times for being on bubba’s circle jerk group and lieing about being on it, yet he did nothing, spouted some bullshit via PM.
Oh and look who’s unbanned and back on the forum, indeed its bubba.

I’ve kept quiet and tried to keep the drama away from the forums, but it keeps getting brought here by people who ironically keep screaming about all the “drama”.

That’s another amusing lie, considering the amount of drama thread he participated in since he joined.

As for the state of the site, we have now been consistently averaging twice the daily amount of active members as before.

That’s fine. I have no problem with you posting it, other than the fact that I think it brings him undeserved attention, which is probably what he wanted all along. Why else keep the “Hax” name?

Because of WiiUHaX you dumb fuck…
WiiUHaX which is one of my websites was already well established, for over a year, before i stepped down, i kept the “HaX” name because of that.
Oh and Pirate didn’t create the “HaX” brand, someone else did, the owner of PS3HaX.com, which was registered late 2006, ps3hax.net wasn’t registered until March 2007.

Now this is incredibly funny, the idiot claims that post i screen captured above in the first section of this article was in a private forum, seriously how fucking dumb is he, does he not realise that with me banned and not a staff member, that i cant fucking see private threads, seriously, he needs to stop with the steroids, they are frying his brain.