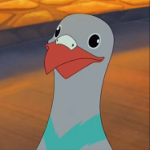 If you haven’t been following Smealum on Twitter, I suggest you do. For the past 2 months he’s been working hard at churning out an exploit and creating a toolkit for the 3DS, and he’s kept everyone updated on the progress.

TO REITERATE : we should support 3DS, 3DSXL and 2DS consoles on firmware versions 4.0-8.1. please don’t ask me again.

He’s recently started giving requirements for the exploit as well.

the homebrew loader we're about to release will require you to have a specific retail game. the game is also on eShop but not in all regions

(saying this because i'm getting flooded about requirements. now you know. the game is old and cheap, i got 4 copies for like $30)

And although it isn’t guaranteed, we may even see a release next week!

.@ShiningGreninja hopefully next week. no promises.

Now, this exploit will not allow backups of commercial games. It will only allow homebrew games/apps. He wants to allow homebrew without enabling pirates.

Speaking of homebrew, Smealum tweeted saying he had BlargSnes running on his exploit.

Smealum has not released the name of the exploit game yet, follow him on twitter to keep up on his progress and the release date.

Fursan al-Aqsa: The Knights of the Al-Aqsa Mosque® – I Really Suck At This Game >.<

DualSense Competition Is Over And The Winner Is

[Release] PSPGE – An API Made For PSP Game Developers By @voidzzw999