UPDATE
The original post states that the game was released, however that is not the case and a mistake made by me, the developer is working on a playable demo and will be releasing the game soon.

udkultimate aka Nidal Nijm has released a game he has been working on for four years, the game is an action third person adventure which see’s you getting revenge for your false imprisonment and for the murder of your family at the hands of an Apartheid regime, here is a quote from the developer: 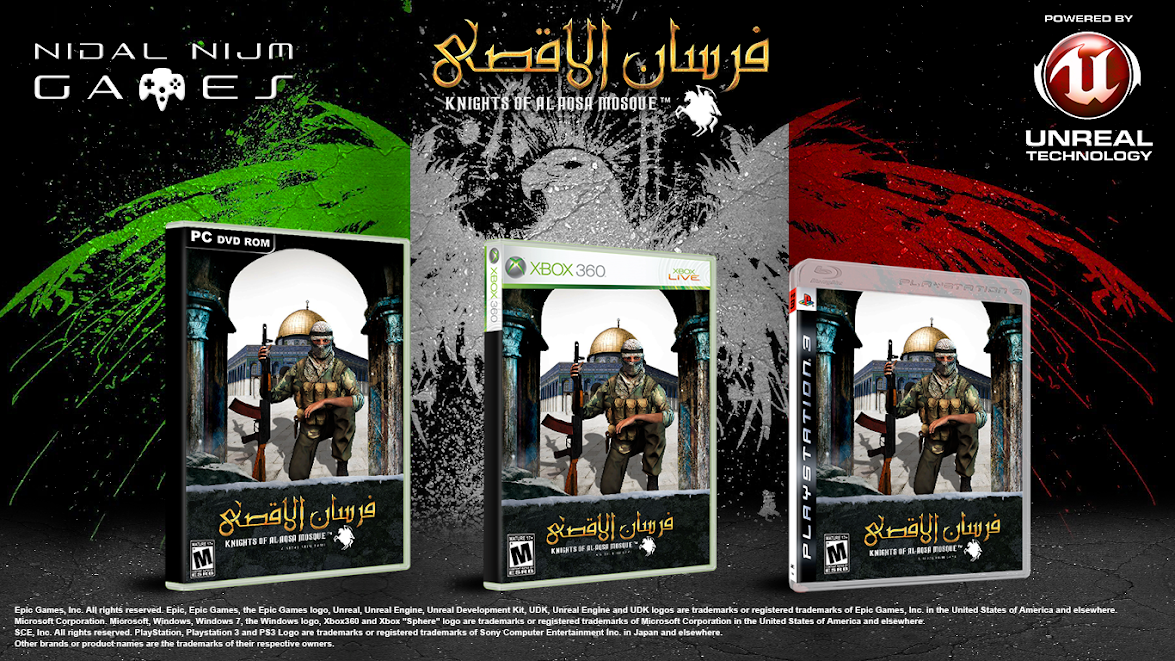 Fursan al-Aqsa – Knights of al-Aqsa Mosque is a Third Person Action Game on which you play as Ahmad al-Ghazzawi, a young Palestinian Student who was unjustly tortured and jailed by Israeli Soldiers for 5 years, had all his family killed by an Israeli Airstrike and now after getting out from the prison he seeks revenge against those who wronged him, killed his family and stolen his homeland.

As you can see through the images, this game is also available for Xbox 360 and PC, now I am sure there will be those of you who might find this game controversial and might say certain things about it’s theme, but I would like you to read this message also from the developer:

In this game, the player does not shoot Israeli civilians, women, children, elderly, only soldiers. Also in this game there are NO images of sexual content, illicit drugs, religious desecration, hate of speech against any group, ethnicity or religion, anti-Semitist propaganda against Jews, Nazi propaganda or boasting of any terrorist groups and / or other unlawful acts. This game only contains the virtual representation of the Palestinian Resistance Movement against the Israeli Military Occupation, which is officially recognized by the United Nations (UN).

Those of you who know me know that I am someone who speaks out against all types of bigotry and racism and this game contains none of that, most of you also know about my support for Palestine, which is why I think this game is important.